This Thursday, I am off to Igls, Austria, a small ski town outside of Innsbruck, where I will be training for the one-man bobsled, also known as the monobob, at the Bobsled World Cup. Igls is a resort town high in the Austrian Alps, with great ski slopes, natural ice skating, and the bobsled track.

I admit, I’m a little nervous. I’ve been prepping as much as I can - doing the same workouts as non-adaptive athletes - focusing on snatches, power cleans, and hard core hip drive for the explosive power you need to push the sled faster and shave seconds off right at the beginning. I’m maintaining a stricter diet, laying off the beer and carbs so that my body has the best fuel possible, and I’m watching every video I can find online of the track, to study it, memorizing the layout and all the turns. But I haven’t driven my own sled yet - all the training I did in Calgary was as brakeman in a two-man sled, and that makes me a little anxious.

The brakeman pushes the sled to get it going down the track. I discovered that my leg doesn’t fit into the sled - you have to point your toes and prosthetics don’t do that - so I had to figure out how to push off with one leg. I did manage to get my time down to within 1 ½ - 2 seconds off the non-adaptive athletes, which is how I secured my spot on the team headed to the World Cup.  But you’re inside the sled, you’re folded over like a taco, staring at your crotch, under the lip of the sled to avoid adding any wind resistance. Meanwhile the driver navigates you through high-G turns, using just the most delicate touches on the D-rings to guide the sled depending on where you want to come out of the turn on the track, and wait till the driver tells me it’s time to hit the brakes. 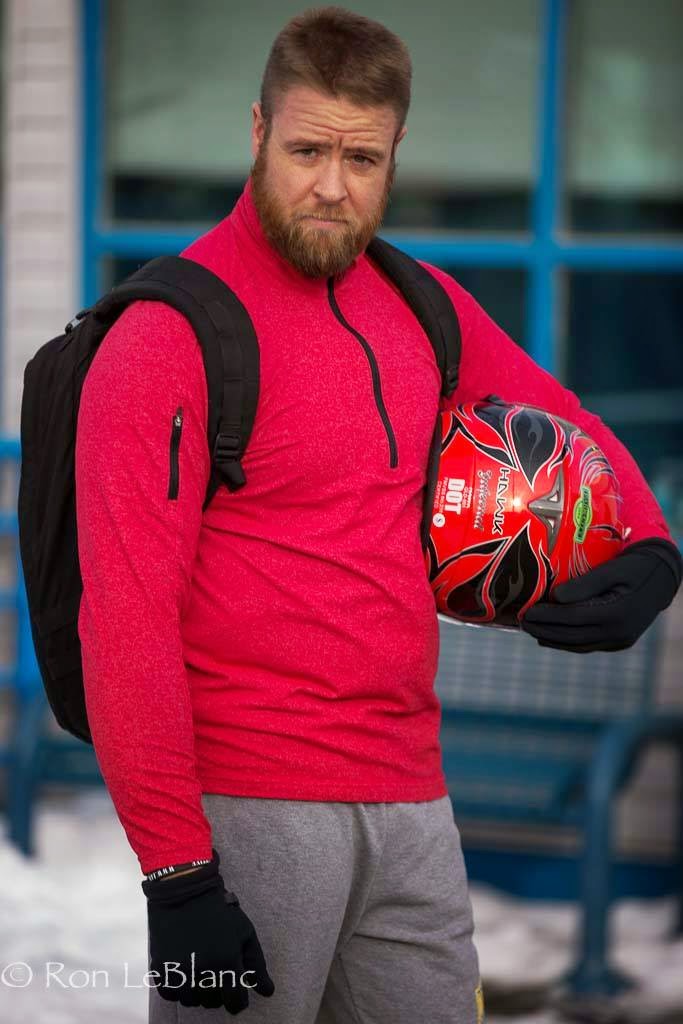 In between runs, I watched my driver, another adaptive service member from the UK, Corrie, rehearse the track in his mind. He would tilt his head back, close his eyes and simulate the hand gestures he intended to use to steer. So, I’ve been doing a little of that while watching the videos of the track. I’m sure I’ll take to it as quickly as I took to being a brakeman, but it’s the anticipation of getting there and actually doing it that’s got me antsy. With 20+ runs and not a single crash yet, I’ve been promised that it’s going to be epic when I finally do because it’s been so long and those odds are weighing on me too. As they say, one way or another, once you enter the track, you are getting to the bottom of it. The trick is to get there shiny-side down.

Bobsled is one of the scariest, most exhilarating 60 seconds of your life. You’re flying down the track at 80+ MPH, feeling the Gs alternate between sucking you down into sled or almost lifting you up out of it. It’s your job to hold on for dear life. There is so much preparation that goes into it, from the physical prep to understanding every element of the track. If you’ve always wondered what it’s like to ride in a bobsled, most tracks offer amateur rides, where someone who’s never done it rides with an experienced driver and brakeman. Careful though - you might get hooked!

The World Cups will probably be on TV or streamed somewhere online, and I’m going to try to find out where so anyone who’s interested can check them out. Unfortunately, they hardly ever televise the para games, but I’m hoping to change that one day! Stay tuned for info on where you can watch.

Bis bald! (Till Next Time!) 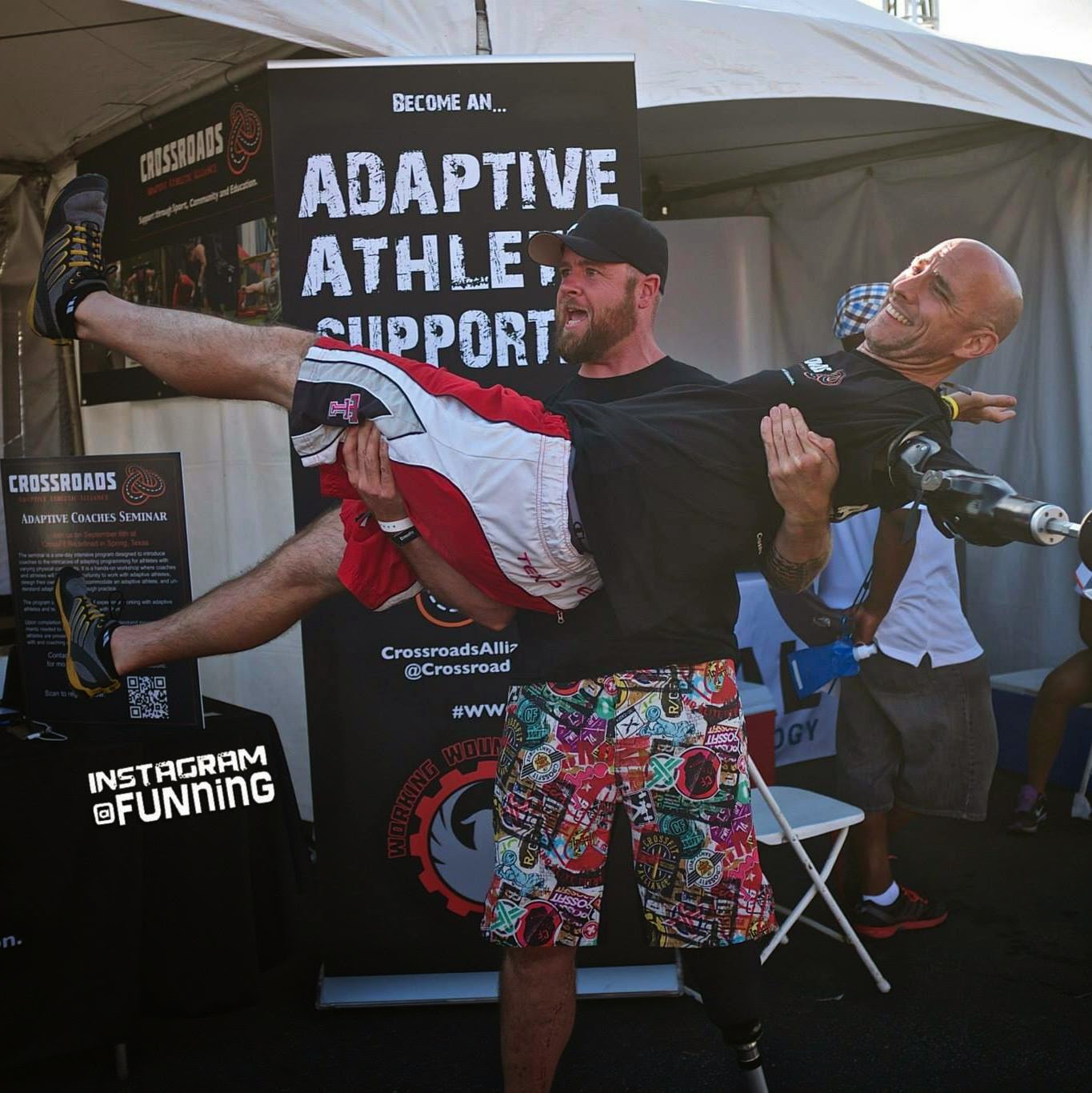 I posted a year ago and before I knew it, 2014 was over. I blinked and a year happened - and  a lot happened while I was blinking. It started with CrossFit, but check out where it took me!

In January, I decided CrossFit was my new path and left my contracting job to become a full-time coach at CrossFit Rubicon. I love watching people transform, gain confidence and overcome their fears and decided it was time to make the leap myself. I continued coaching at CrossFit Walter Reed, became a coach at CrossFit Balance Georgetown in the Reebok Fit Hub Facility and participated in the Crossroads Adaptive Athletic Alliance trip to the 2014 CrossFit Games in California, where we promoted Crossroads, sharing what we do and raising funds for the new Adaptive Coaching seminars we started. I also coached as a Subject Matter Expert at the first Crossroads Adaptive Coaching Seminar at CrossFit Redefined in Spring, Texas. 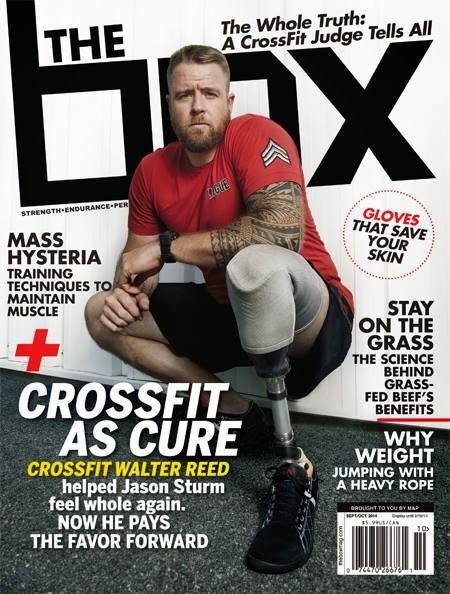 All of that was already really cool, but winding up on the cover of the September/October issue of Box Magazine was a surprise… and an honor.

I got active with a Virginia based non-profit called Warrior 360 that provides rapid response to the needs of those in public service who put the welfare of others before their own. I competed in the 2014 Frederick Highland Games in Mt. Airy, MD and then the Virginia Scottish Games and Festival at Great Meadow, Virginia, with another Warrior 360 athlete. Then, I ran the Army 10-Miler with no training while wearing a ballistic vest, to help raise awareness and funds.

I became Team Captain for the the Yellow Ribbon Fund’s Veteran TUF team, a program that encourages veterans to use CrossFit, or any other sport, for rehabilitation and reintegration after leaving the service or being injured. I also competed and recruited with TUF at the Civilian Military Combine events in Brooklyn, New York, Bryce Resort, Virginia and Baltimore, Maryland.

I also somehow managed to get two semesters in toward my B.S. in Kinesiology. 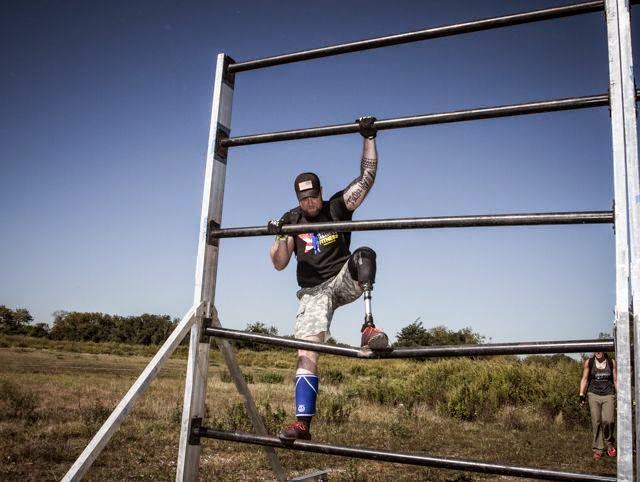 THEN, things got interesting…

In November, I was invited to compete and train as a possible member of a para-bobsled team that is vying to have the sport included in the 2018 Winter Games. I pushed a two-man sled on one leg, loaded with my driver, nearly as fast as some of the non-adaptive two-man teams, and won the exhibition races for the week with another wounded service member from the UK.

Because of my performance, 2015 is promising to be just as exciting as 2014 was.

I will be traveling to the Olympic Sliding Centre in the town of Igls near Innsbruck, Austria, and St. Moritz, Switzerland in January, to compete in a 1-man bobsled for the Para-bobsled World Cup races. I have been working on securing travel and sponsorship for travel to these events. 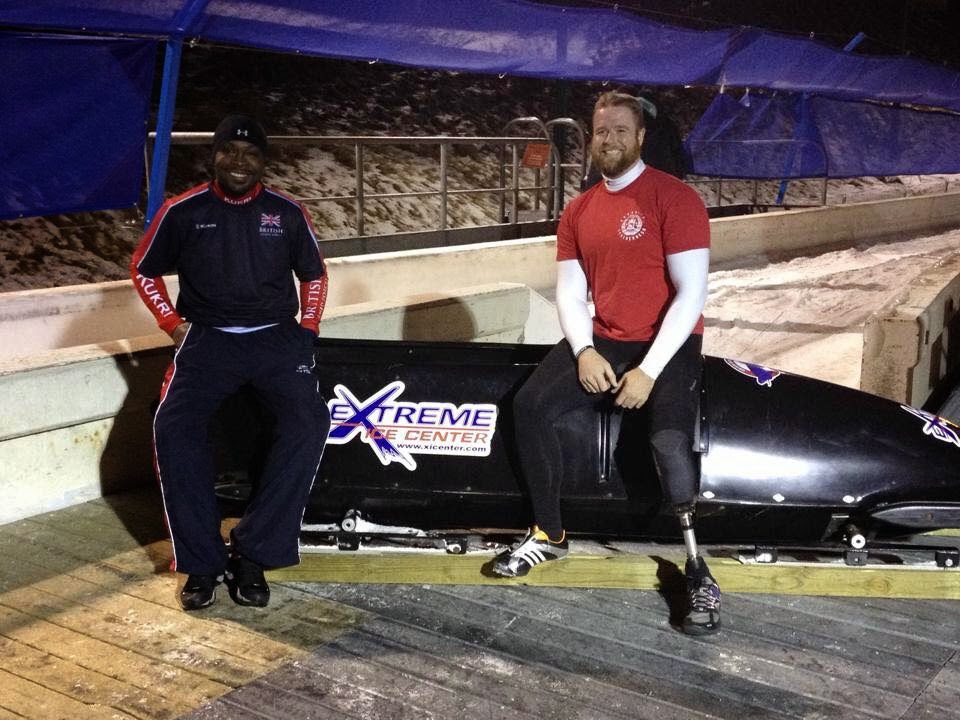 When I get back from Austria and Switzerland, I’ll be competing with adaptive CrossFitters in the Arnold Classic, a huge strength, power and CrossFit competition in Columbus, Ohio. I’m completely addicted to Highland games now, so I’ll be competing in them again, I’ll be attending Adaptive Coaching Seminars in Virginia Beach, San Diego, Miami, New Jersey and Boston throughout the year, and I’ll be working the Wounded Games in the US and UK.

Twelve years ago, I was career Army, but life had other plans. I would never have guessed that going with the flow would land me where I am; CrossFit coach, ambassador for adaptive athletics and wounded soldier programs, and looking at the possibility of becoming an olympic athlete. To me, it’s proof that you can’t waste your time looking back. Accept where you are right now, who you are, and then take a step forward.

What’s your next move going to be?